Writing Across Boundaries of Language, Culture and Class: Workshop by Holly Thompson. SCBWI member, Tanu Shree Singh, writes about the workshop held in Delhi on Aug 31, 2013. 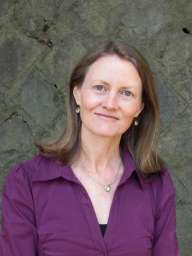 Holly Thompson is a cultural chameleon. Though raised in New England, Holly is a long-time resident of Japan and teaches creative writing and American culture, among other things, at Yokohama City University. Her writing reflects the cross-cultural stories and identities she experienced in her life. – Teenink.com

A cultural chameleon – an apt phrase to describe the deftness with which Holly seamlessly blends different cultures in her writings. The workshop, a first for the Indian chapter of SCBWI, focussed on issues that Indian writers continuously struggle with in their writing – language, class difference, cultural disparity as reflected in the characters and situations. So, Holly’s experiences as a writer of cross-cultural stories turned out to be highly valuable for us as we continue to struggle in striking a balance between an interesting narrative and the cultural identities of the characters.

Holly started the session with views of various authors on cultural identities and their role in taking the narrative forward. Often, as writers, we tend to get to defensive about cultural aspects and language usage. But as pointed out by Holly in Uma Krishnaswami’s words, ‘ Story comes first for us, we writers like to insist, and yes, it should.’

In the next part of the session, Holly walked us through specific points to consider while writing cross-cultural stories. Each aspect of writing across boundaries was discussed using readings from stories that portray bicultural characters, situations, time-frames and use bilingual dialogue. We also exchanged ideas on:

·      Challenges presented by writing outside our culture, ethnicity and experience.

·      The use of non-English words in English fiction. How vital is it to the plot?

·      How much is too much? How do we convey cultural differences without alienating the audience?

After extensively discussing the various elements, the session concluded with a writing exercise that saw all of us typing away furiously. The exercise focussed on creating a pair of characters using cultural/ethnic/class differences and putting them in a situation, using one of the prompts given by Holly, in a way that not only brought out the differences but was also vital to the story. The workshop concluded with reading out the scenes and discussing the reasons for portraying the characters in the way that we did, the language play that we indulged in and the challenges we encountered.

As an Indian writer, I feel, it was tremendously helpful to step out and see from a distance the relevance of different boundaries that distinguish our characters. We sometimes, in a bid to precisely define the character, lose sight of the plot and the advancement of the story-line. Holly brought us back – anything that helps the narrative to move forward is relevant, rest is incidental and might end up confusing, or worse, alienating the reader.

3 thoughts on “A workshop with Holly Thompson”